While the Superstar League is more than halfway through its season, the regular RBRS season has now been over for a few weeks, after the playoffs concluded. It is now time for the post-mortem report of this unprecedented season. 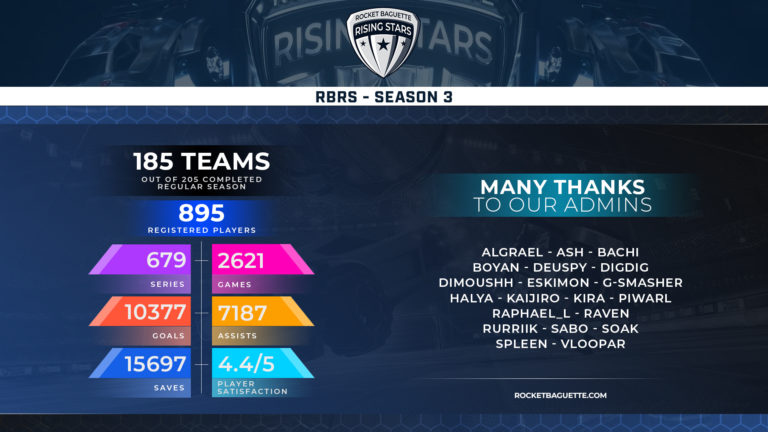 With 205 teams registered (distributed in 26 divisions), the attendance skyrocketed compared to season 2 (177 teams). With all the substitutes and recruits during the season, almost 900 players have been registered as attendees. While it is easy to register, playing until the end of the season is another story. Well, there again, the players exceeded our expectations: with only 20 teams lost during the season, the drop rate is below 10% (compared to 19% in S2). Overall, few incidents have occurred. Season after season, the way our league unfolds is being more and more accepted and understood by the players.

If we count the playoffs, 679 series have been played, accounting for 2621 Rocket League games registered in our management platform that extracts the data of each game, including player IDs and complete stats. With these features, we can make sure that the right accounts are playing for each team, and we can also offer complete individual statistics for each division, giving the players a unique tracking of their performance over the course of the season. Overall, we have registered 10300 goals! A massive thank you to our developer Rurriik, who created this custom management platform.

At the end of the season, we also asked the players for their feedback, that more than 70 of them agreed to provide us with. The major conclusion is that them, the players, and us, the organizers, we get along pretty well! With an overall satisfaction grade averaging 4,4 / 5, we couldn’t really hope for a better score. As a main improvement to be worked on for next season, the composition of more balanced divisions. We already got some ideas!

The switch made before season 3 – limiting foreign players to make our League a proper French Championship, didn’t have any negative impact on the league’s competitivity. On the contrary: 4 RBRS participants managed to qualify for RLRS. Also, our RBRS teams are into Rocket League esports for real: almost three-quarters of the 40 teams that attended Gamers Assembly 2019 (a world record for a RL LAN) are RBRS S3 contenders.

Other innovations have been well received, such as the viewers-funded prize pool: we reached the 500€-cap halfway through the season, and the 4 best teams in the League could, for the first time in RBRS history, earn something at the end of the season. Many thanks to all the donators for their understanding and their generosity!

Also, the  Superstar League, a 8-team round robin with the 4 best teams of RBRS and 4 invited European team, representing different regions, is quite a success in terms of organisation, as all the teams are committed into making a successful run. This experimental phase is a glance of the things to come: we’re working towards a real European circuit, starting with local national leagues leading to some equivalent to football’s Champions’ League.

The Rocket Baguette Rising Stars have been taken to the next level during this 3rd season. From a TO’s perspective, we worked twice as hard to offer something significantly better compared to the first two seasons. Experience helped us improved our rulebook and we also recruited more admins while also giving them more responsibility. Shout out to them, without whom this season wouldn’t be as successful.

RBRS 3 is almost over – it will be on June 13th after the Superstar League playoffs. Season 4 is already being prepared. If you want to contribute to the project, by joining our admin crew or created your own local league with our model and tools, feel free to get in touch! In any case, see you next August for season 4! 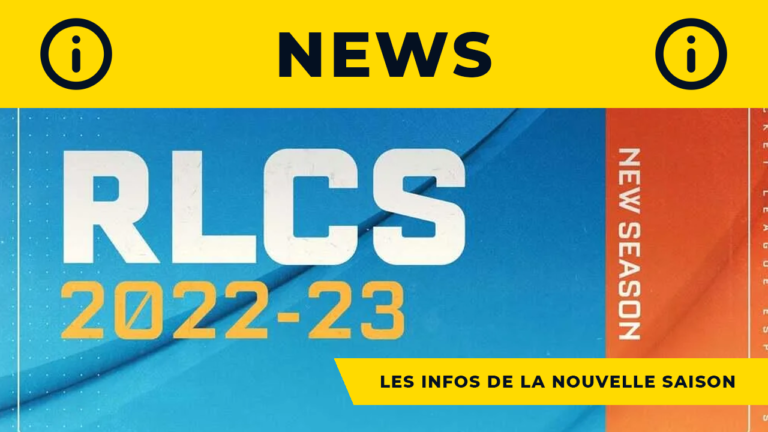 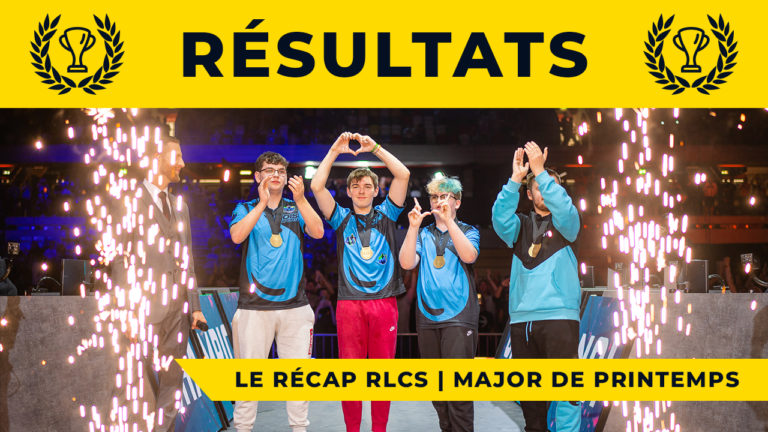 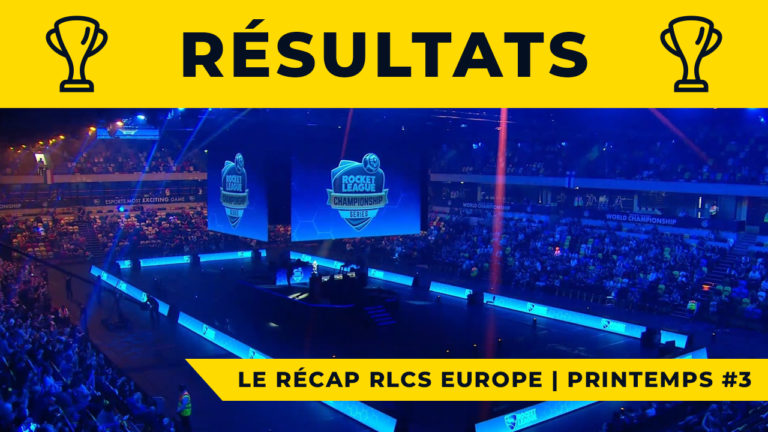 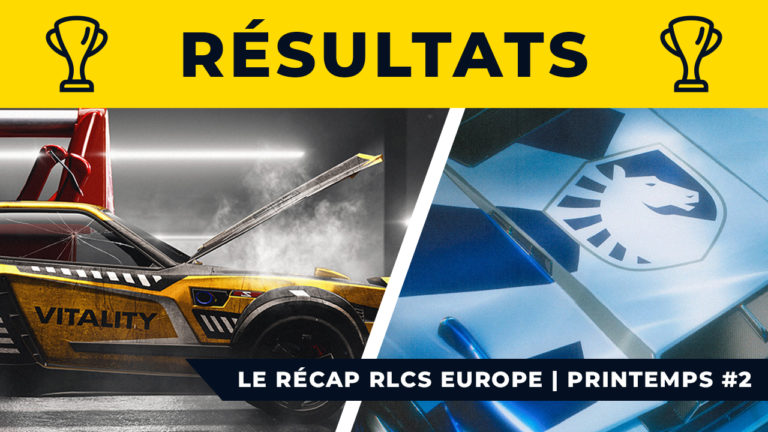 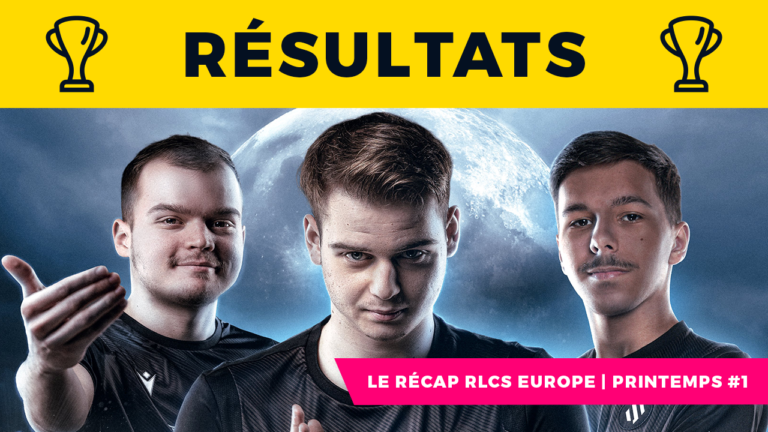